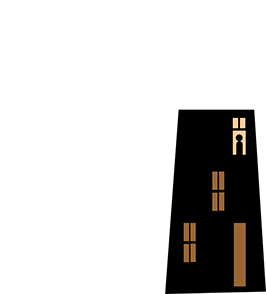 SECRETS ABOUT THE NOVEL

George invented several words for Gabriel Finley and The Raven's Riddle. PARAVOLATE is a word used to describe the way a person may merge with a raven and fly. Para is a Greek word meaning "at or to one side" or "beside."  Volare is the Latin verb for "fly."

AVIOPOLIS is a combination of avian and opolis. Avian means "of or relating to birds" and "opolis" is the Greek word for "city."

The novel is set in Brooklyn because that's where George  lives. He used houses, buildings and cemeteries he had seen in his neighborhood.

Originally, the birds in the story were parrots. George replaced them with ravens when he read a fascinating book about ravens in the wild by Bernd Heinrich called RAVENS IN WINTER.

There was no writing desk in the first four drafts of the novel. When George and his editor Anne Schwartz discussed the title of the book, he remembered the famous riddle from Lewis Carroll's ALICE IN WONDERLAND (Why is a raven like a writing desk?) and realized that he had to have a writing desk as a character.

GO BACK TO FUN!